IT in Business - The New Mantra for the CIO

The Role of DCIM in a Lean, Clean and Mean Data C

Technologies Taking Industries to the Next level o

Enterprise GIS: Realizing the Value of Where 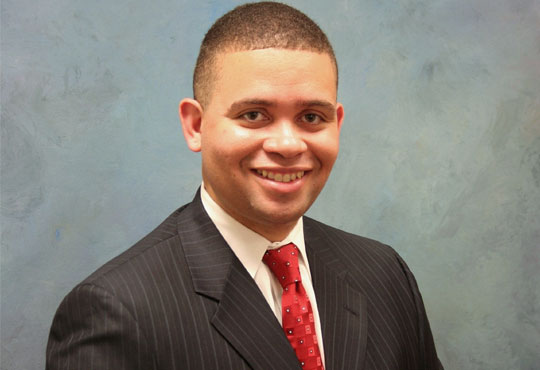 The City of Charlotte was an early adopter of GIS technology with initial implementation in 1982. At that time, the  centralized IT department installed UNIX workstations and began working with US Census Bureau TIGER/Line files. Like many  government agencies, Charlotte started with boundaries, addresses and street network data to provide the necessary reference  data for understanding service delivery locations—the core of local government business. Of particular interest is that  these basic locational reference data remain as vitally important now for running the city as was envisioned in the early 1980’s.

Today the City of Charlotte clearly recognizes the value of where in delivering public services and the investment cycle in  GIS as an enterprise program continues. Grounded in formal IT practices such as master data management, strategic technology  planning and business process management, the use and maturity of GIS has flourished over the last 13 years. For example,  City departments rely on GIS to route garbage trucks, analyze the occurrence of crime, and identify and communicate the  capital investment  plan. Whether responding to calls for service, maintaining utility and roads infrastructures or  permitting land development, the GIS as a solid, reliable, secure platform is now an operational requirement.

As a result of this reliance on GIS, there is a clear recognition in the ongoing investment in the people who manage and use  the system—the pool of skilled and talented human resources who configure the GIS to directly support the business. With a  formal professional staff development plan, Charlotte is actively training staff in the application of data science to   leverage the GIS as a location platform for  decision support, business intelligence and predictive analytics.

In 2002, Charlotte adopted its first GIS strategic plan to establish a citywide Enterprise GIS program. The planning process  itself united all 14 of the City’s departments for the first time to jointly  craft a plan that would maximize investments in geospatial technology  while allowing the departments autonomy to support their unique business needs. The 12-month strategic planning process itself delivered tremendous value by building relationships and establishing trust between IT and the  operational departments. Elements of the plan included organizational structure, governance, data management and technical  infrastructure. Of these, the most important component remains the governance structure for Charlotte’s Enterprise GIS.

Charlotte’s GIS Enterprise Team (GET), chartered in 2002 by the City Manager’s Office, has a structure that endures today.  Representatives from each of the City departments meet monthly to oversee the Enterprise GIS infrastructure and guide the  direction of future investments to maximize the benefits received from GIS investments. Monthly agenda topics include a round table discussion to expose hot topics within the departments that lead to effective problem solving solutions. The GET was  instrumental in establishing an enterprise license agreement with Esri, the City’s primary GIS software vendor, which results in annual savings of approximately $50,000. In recent years, the GET has drafted a set of GIS technical standards,  guidelines and practices that cover areas of software, address data and metadata.

In 2010, the GET initiated a GIS System Design study sponsored by the Chief Information Officer to develop an integrated,  modern design for the City’s GIS. The study included participation  from Esri and input and buy-in on the final design from  the City departments. The study resulted in the implementation of the GIS Services Platform for realization of the future  state design as a shared investment based on the Esri ArcGIS software suite. The Platform has freed most departmental GIS  resources to focus on core service delivery at the business edge, rather than spending time on technology administration and  management. The specific benefits of Charlotte’s GIS Services Platform are:

2. Leveraging of commonalities across business units to optimize operational processes, including shared base map services and address geocoding services,

4. Greater depth and breadth of the application of GIS technology to facilitate and support the business.

In addition to establishing a shared GIS platform, the GET has successfully executed many collaborative information products  including Virtual Charlotte, the Charlotte Green Tour and the city-county Charlotte-Mecklenburg Map Gallery.

As part of the citywide initiative for government transparency, the GET has fully subscribed to the tenets of open data with  a new endeavor to implement Charlotte’s Open Data Portal (ODP). To facilitate public access to the data, the ODP initiative  began in late 2013 with a formal budget request for fiscal year 2015. The Open Data Portal is the manifestation of  Charlotte’s new Open Data Policy which requires each department  to develop a plan for publishing data.The implementation  includes technology, training and processes required for sharing data. The ODP, scheduled for go-live in August 2014,  includes both spatial and nonspatial data for three general types of users:

2. Researchers, Journalists & Analysts, who want to download data for analysis

3. Software Developers, who want to connect to machine-readable data for applications

The ODP implementation is based  on a federated approach to link to other open governmental data sources that are relevant to users. For example, both the Federal government and the State of North Carolina have open data resources that can be  accessed through the City’s Open Data Portal for easy, one-stop data retrieval. Examples of relevant data from other  government agencies include US EPA Ecoregions, US DOT Bridge Inspections and NCDOT Rail Lines.Specific objectives of the Open Data Portal in Charlotte include:

With the implementation of the Open Data Portal, the GET is looking forward to enriching data analytics skills and  capabilities to lead the organization towards greater efficiencies with higher degrees of business intelligence. Future  projects include the integration of GIS with the new financial system for capital project and activity-based accounting and implementation of near real time GIS technology for management dashboards. A new GIS Strategic Plan is under development to continue the evolution and realization of the value of where in Charlotte.

Geographic Information Systems - A Vital Part of being a Digital Government

Make GIS More of a Strategic Tool in Your Organization's Arsenal